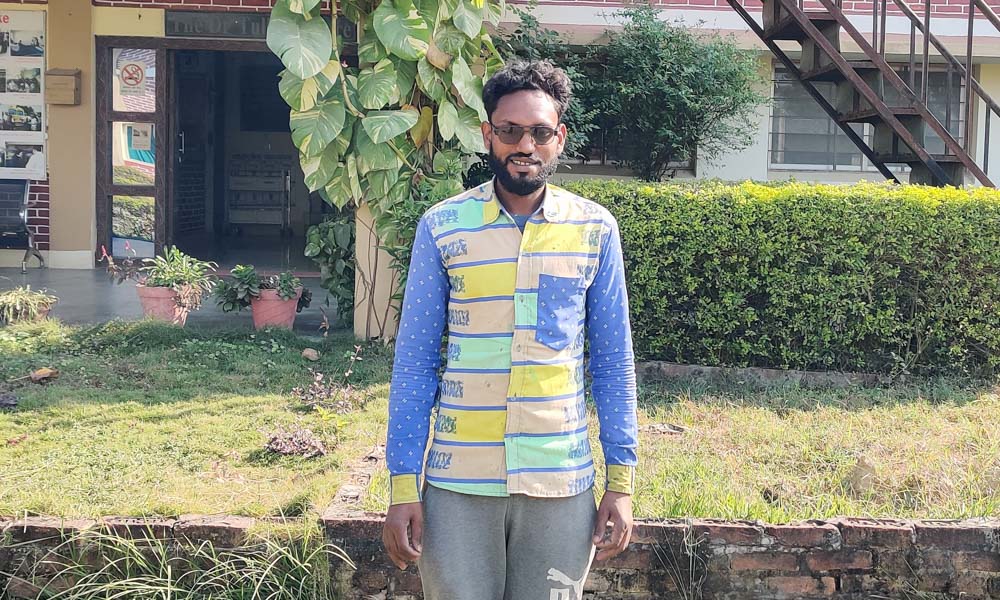 Twenty-nine-year-old Imran* is from Banke district in the hot southern plains, an area with one of the country’s highest leprosy incidences.

Eight years ago, he noticed blisters and anaesthetic patches on his right elbow and swelling in his ankles, feet and hands. Later things got worse with a loss of sensation in both feet and difficulty when closing his right eye.

Imran was finally diagnosed with leprosy at Shining Hospital-INF Banke (SHIB) after searching a long time for the correct treatment. Due to this delay in diagnosis, Imran developed complications such as clawing his right hand, lagophthalmos of his right eye and losing sensation in both feet.

Imran got married at the very young age of 14. His wife is now just 24, and they have three children aged 10, 7, and 4 years. Imran had to earn enough for his mother, a younger brother and his wife and children. Unfortunately, he lost his job due to his hand deformity and weakness. He then started seeking reconstructive surgery to correct his deformities.

In November 2019, INF’s Green Pastures Hospital (GPH) conducted a “Hand Surgery Week”. The camp focused on the correction of leprosy hand deformities due to nerve palsies, and surgery for non-leprosy hand conditions [tumours, nerve-related conditions, congenital deformities of the hand. Imran was among the 20 beneficiaries where he received correction of his clawed hand and his right eye.

With the supervision of the specialised team, and through determination and family support, Imran was able to recover. He could use his hands and work again. 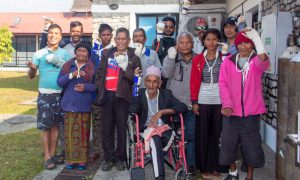 Currently, he works as a carpenter and earns NRs 8,000 per month (approx. $68). The ongoing COVID-19 crisis has impacted his income as before pandemic his earning would be more than NRs 10,000 (above $86) per month. However, he believes that this crisis will settle down soon.

Apart from regular carpentry work, Imran is an active member of Pragatishil (meaning Progressive) self-help group (SHG). The SHG was formed three months ago by persons affected by leprosy and disability, and the group has 20 members. Whenever he gets an opportunity, he shares his leprosy experience and helps make people aware of leprosy and its symptoms. He even runs self-care sessions in his SHG too. Because of Imran’s strong commitment and leadership role, the SHG has nominated him as the Chairperson. The SHG members have started a saving and credit scheme as well. So far, the group has collected NRs 6,000 ($51), and they use the funds to give small loans to members to help income generation. He has also started working on his small farm to support his family. Being aware of leprosy and its symptoms, Imran helped his mother and brother seek medical help, and both later were diagnosed with leprosy. 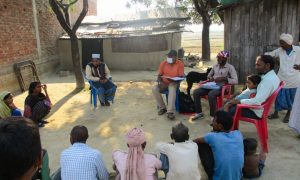 Imran [wearing a scarf over his head] leading the SHG meeting

Imran shares, “My plan is to register our SHG as a co-operative or NGO so that the SHG can mobilise external resources from the government and other NGOs. I want to create a strong link with government and like-minded organisations so that the voices of persons affected by leprosy are heard, and they can advocate for their rights.” 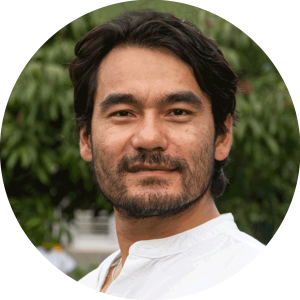 “Though considered eliminated in 2010, leprosy’s prevalence rate remains high in many districts of Nepal. If diagnosed early, the disease is curable, and the disabling effects of leprosy can be prevented. Many patients visit the hospital very late with visible deformities such as claw hand, foot drop, lagophthalmos and insensate hands and feet with ulcer complications. For patients who have deformities, INF’s hospital provides reconstructive surgery. This type of surgery treats leprosy effects such as deformed claw hand, foot drop or lagophthalmos, and many others. This type of surgery aims to restore the function by correcting the deformity and preventing further disability. Lives can be transformed by surgery and rehabilitation, giving a dignified life, empowerment and helping people to enjoy life in all its fullness” – Dr Suraj Maharjan, Plastic Surgeon, GPH

There are people like Imran at INF’s Hospital, your generous support is giving people like Imran’s life-saving help – and real hope for the future. Please visit www.inf.org/careforcure for regular update and donation.