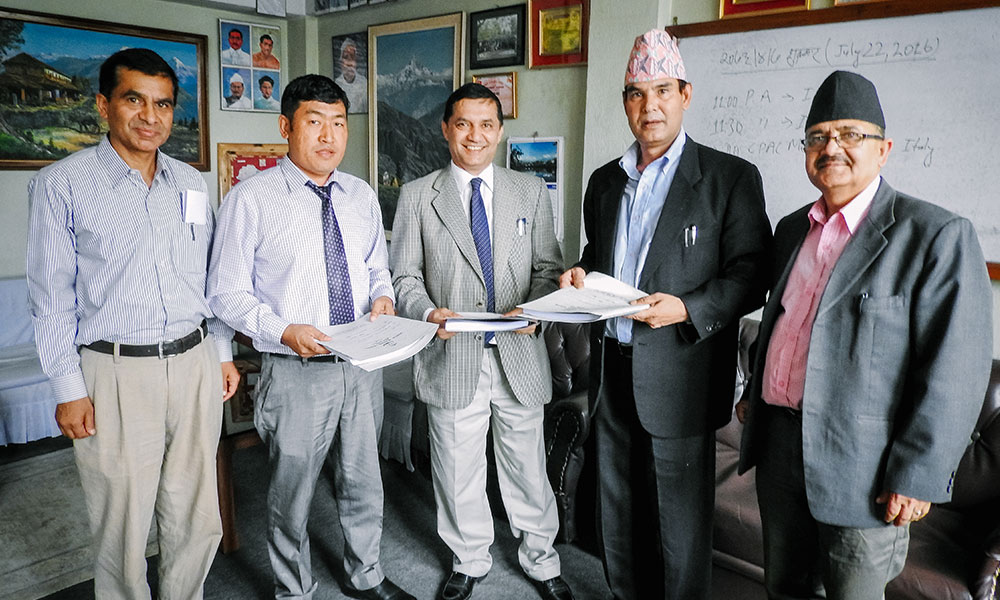 After a long wait and persistent prayers from our staff and supporters, this afternoon INF signed a new five-year Project Agreement for our community work with the Nepal government’s Social Welfare Council [SWC].

INF would like to thank the Minister of MoWCSW Mr CP Mainali [the Chairman of the SWC], all the officials of both the Ministry and the Social Welfare Council, and INF supporters around the world whose faithful prayers have been crucial in achieving this new agreement.