An earthquake preparedness disaster drill at the Central Office 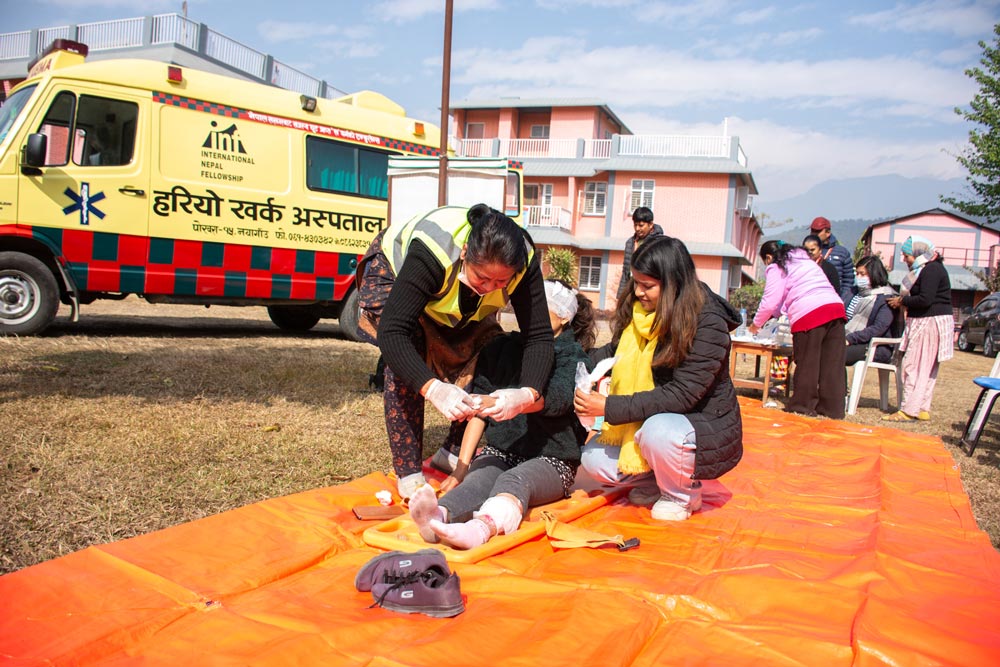 On 20th January, the INF Nepal Central Office in Simpani Pokhara conducted an earthquake disaster drill to test and improve the readiness of its employees in the event of a real earthquake. The simulation exercise involved all employees of the Central Office and Asal Chhimekee Nepal.

The emergency drill began with a loud whistle and the activation of the emergency siren located at the front desk section of the office. Employees quickly sprang into action, taking cover under their desks in a duck-cover-and-hold position or running towards doorways and emergency exits before gathering at designated assembly points within the office premises. 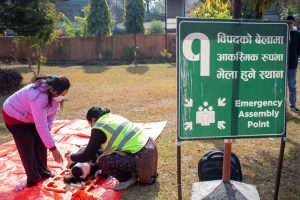 Once everyone had assembled, a designated head counter began to take attendance. When it was realised that someone was missing, the rescue team immediately launched a search and rescue mission for the missing individual. Those who were injured received first-aid treatment on-site, while those with more serious injuries were swiftly transported to the hospital for further care. 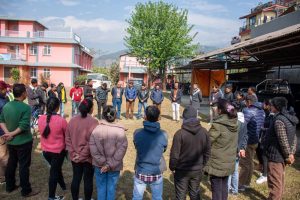 An immediate assessment was done after concluding the drill exercise, and many gaps were identified. Nonetheless, the drill was a valuable learning experience for all participants. The INF Disaster Response Team took the opportunity to remind participants of the importance of being prepared for an earthquake.

The drill allowed employees to practice the emergency procedures they had learned in the orientation session held two weeks back. “Overall, the earthquake preparedness disaster drill was successful. We need more of such exercises in the future to be better prepared to respond to emergencies,” concludes Executive Director of INF Nepal, Krishna Adhikari.

The INF Nepal regularly conducts similar exercises across its offices, including hospitals, to ensure that employees are always prepared for an emergency.

Every year on the 2nd of Magh, Nepal celebrates the National Earthquake Safety Day by organising various events and programmes across the country. The government has put in place regulations to construct earthquake-resistant buildings. It conducts regular earthquake drills and awareness campaigns to raise public awareness about preparing and responding to an earthquake.

INF Nepal supports the government effort at the federal, provincial and local levels and also partners with the government to develop plans and implement them to mitigate the impact of future earthquakes.

According to Hari Bandhu Aryal, DRR & CCA Coordinator of INF Nepal, the workshop will develop a province-level emergency coordination plan to be used by various organisations involved in disaster management in Gandaki Province. The workshop will be led by experts from the Disaster Preparedness Network (DP-Net), the Ministry of Internal Affairs Gandaki Province, NSET and INF Nepal.