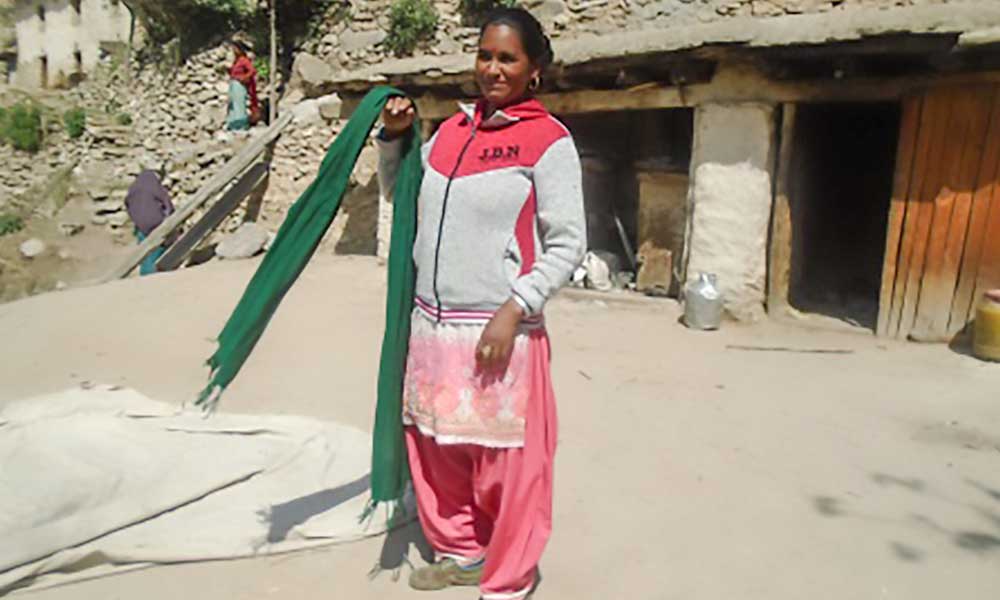 Ranipura Shahi lives with her husband and three children in Buwa Village, western Nepal. In just a few years she has seen a radical and positive change in her community as the voices of women have finally been recognised and heard.

Long-held beliefs that women should never sit idly meant women in Buwa did much of the heavy manual work in the village. They were rarely involved in community development projects and their views were ignored. Their focus was on chores, collecting wood and grass to feed the animals.

When women were involved in community discussion it was only to fulfil a formality and they were never given any decision-making responsibility. They had no voice.

Local traditional practices also saw women suffer in pregnancy. Women were prohibited from eating beans or green vegetables during their pregnancy for fear of the effect on the baby. The result saw a lack of nutrition for both mother and baby. Women were also looked down upon if they did not wear a veil over their heads.

In addition, wider attitudes were adding to the poor health of the community. Villagers would throw their rubbish on the ground, there were open defecation and no clean running water.

INF came to work in Buwa a few years ago and slowly encouraged the women to begin speaking up. INF helped facilitate women’s groups that took decision-making into their own hands. They focused on working together, and INF provided training and counselling to build their capacity.

Today the women hold regular monthly meetings. They sit together and discuss commons issues in their community. Their demonstrated ability to bring positive change to the whole community has changed attitudes about women’s roles.

“We now understand that with a positive approach and working together we can bring about many positive changes in the village,” says Ranipura. “We have started doing small works like cleaning our environment clean, building toilets, we’ve created savings and constructed new roads.”

The Buwa community has now sent two women to represent them at the Rural Municipality level and women across the village are increasingly speaking up and working together to make real change.