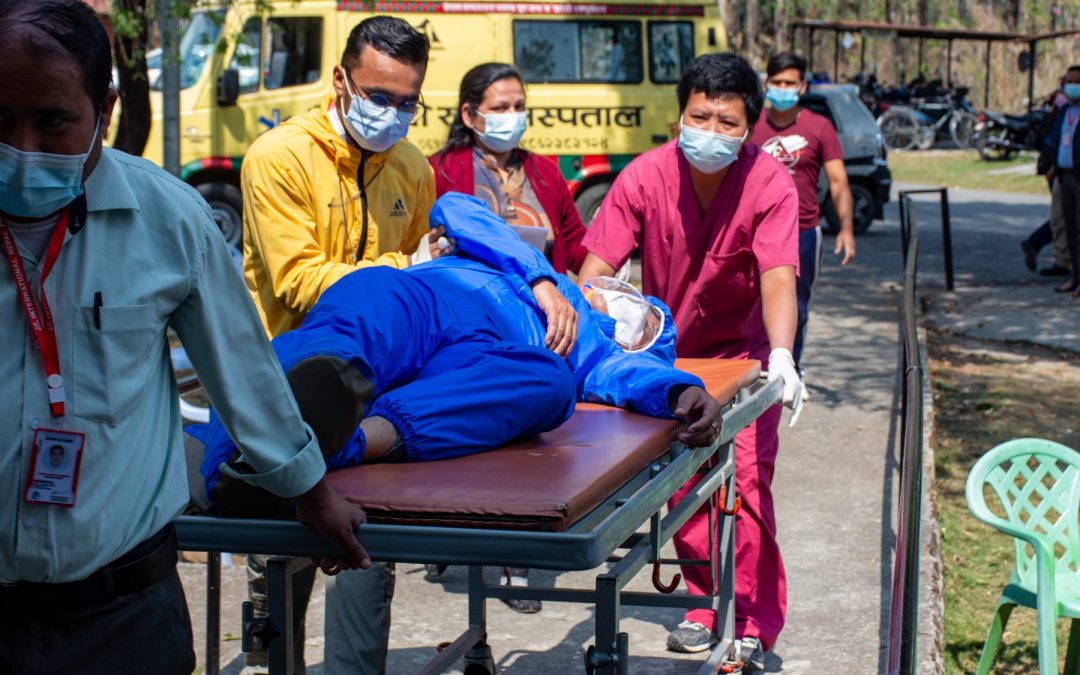 There was a plane crash at the nearby hillside; the hospital management quickly activated its emergency response plan and briefed about the situation to all its staff, including their roles. An ambulance was dispatched to bring the injured persons.

At the triage booth, patients were tagged depending upon the severity of their injury: Red [most critical cases], Yellow, Green, and Black [deceased], then segregated accordingly to the respective coloured zone.

Doctors and Nurses stationed in their assigned zone treated the injured patients. One of the patients in the red zone required immediate surgery, thus sent to the operation ward. Another patient with a severe head injury who had physiological disorder symptoms was taken to another hospital for further diagnosis.

Hospital’s main entrance was closed for other regular visitors, and people were not allowed to gather at the triage and emergency zones. The management staff handled some of the outraged visitors and media people at the gate.

A total of 40 GPH staff including volunteers took part in the drill. The drill session ended with an instant review [hot review] among the drill participants. Many flaws and gaps were identified, which need to be corrected. A detailed assessment of the drill [cold review] will be carried out within the next two weeks.

The mock drill provided the opportunity to test the hospital plans and response in an actual disaster. Such mock disaster drills are crucial for the hospital. They will help the hospital management review its emergency response and preparedness plans, evaluate the operating procedure, and orient the concerned people towards their duties during the sudden flow of patients due to natural disaster or accidents.

For more photos from the drill, please visit here.