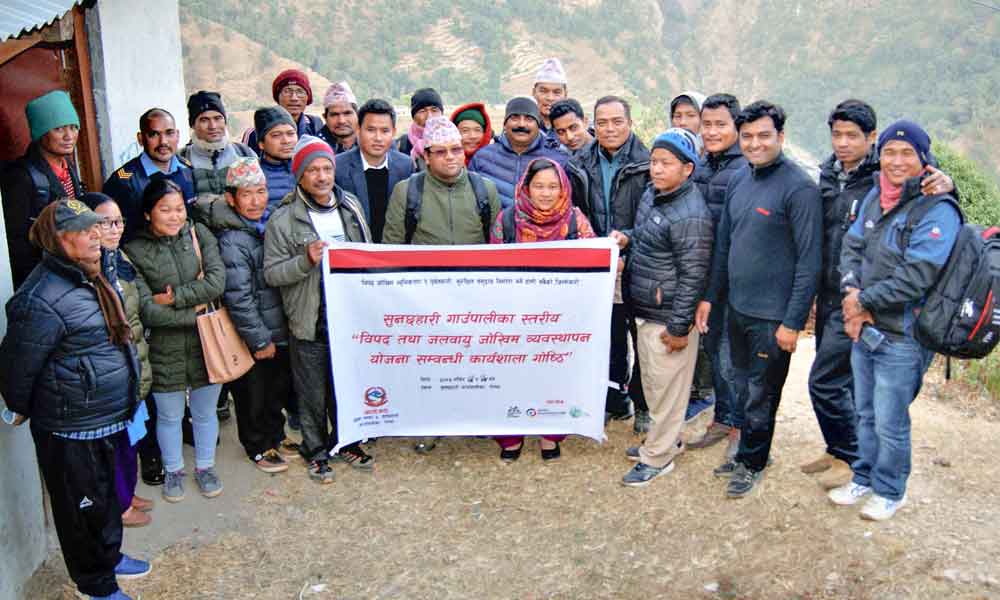 INF’s Disaster Relief and Resilience [DRR] team have just finished an 11-day field trip which saw them deliver two workshops in Kapilvastu and Rolpa. Each workshop saw the development of a Local Disaster Risk Management Plan [LDRMP] along with action plans for implementation. The first workshop was held in Maharajgunj Municipality, Kapilvastu district of the Terai region; and the second in Sunchahari Rural Municipality [RM] and Thabang RM of Rolpa district. The workshops saw a broad range of diverse participants including government administrative bodies, Nepal police, the Nepal Armed Police Force, health workers, the Red Cross and interested community citizens. The team also handed over basic first aid kits, stretchers and other emergency equipment to local government authorities of each ward.

The workshop in Kapilvastu was organised on 5-6 December 2018. The municipality and its four wards have jointly prepared a draft plan for disaster preparedness, response and resilience and have come up with an action plan. INF’s Safety and Disaster Management Coordinator, Jyoti Chhetri, demonstrated techniques for bandaging during an emergency. Other facilitators included Chief Administration Officer of Maharajgunj Municipality, Dolraj Dhakal; DRR Coordinator of INF, Karna Gurung, and DRR Trainer of INF Kapilvastu, Hari Sharan Adhikari. The workshop was chaired by the Mayor of Maharajgunj Municipality, Abdul Kalam, with the active participation of different officials from the local government, Police, Armed Police Force, health departments and INF’s community mobilisers. After the completion of the workshop, the DRR team headed towards Rolpa district. 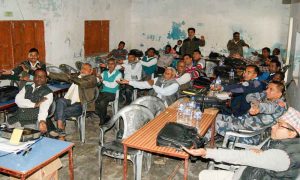 Participants during the workshop in Kapilvastu Photo: Sahara Mishra 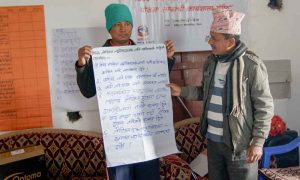 The INF team facilitating the workshops were also given the opportunity to visit the work of another organisation, Local Initiative for Biodiversity, Research and Development [LIBIRD] in Hardiya, Nawalparasi district. They were able to see this work first hand as well as learn about the solar irrigation system being used for drip irrigation, organic manure production as well as bamboo farming providing livelihoods to many families in the region. These communities were also working hard to combat the effects of climate change through plantation; soil erosion and landslide preventative grasses.

Our sincere thanks to our partner TerraTech, who supported the DRR work in Rolpa and Kapilvastu.

INF is passionate about equipping individuals and communities to become resilient for future natural disasters and the effects of climate change. To support INF’s work please visit: www.inf.org/donate