Working Together for a Cleaner Community 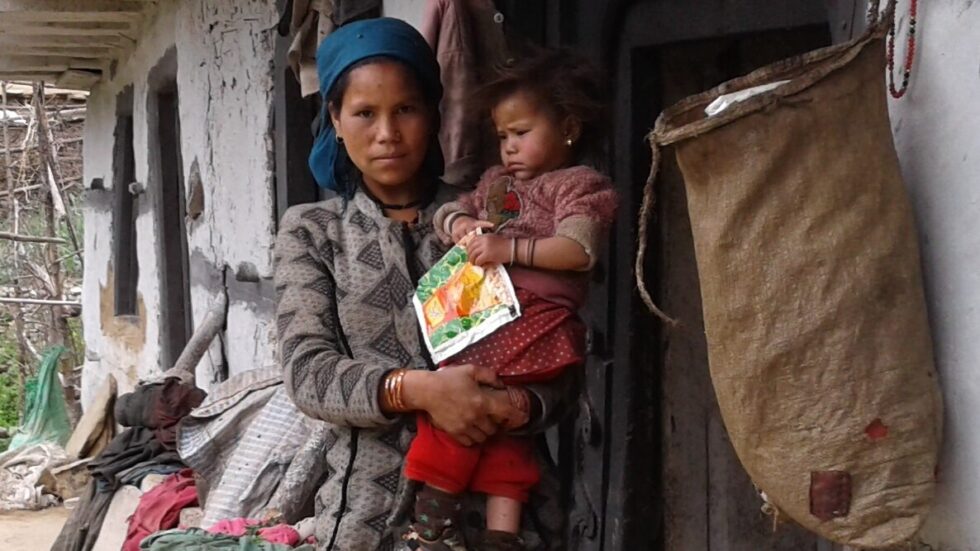 In the Kanakasundari Rural Municipality of Jumla, discarded plastic and other rubbish were making the village unhealthy and unhygienic. With no one taking responsibility for the mess, the community began arguing and placing the blame on each other.

Chameli Self Help Group [SHG] was formed through INF’s Women Empowerment and Livelihood [WEAL] project. Despite the existence of other groups in the village, issues surrounding environment cleanliness and sanitation were not seen as a priority. Community awareness surrounding these issues was low, and there was an attitude of indifference toward hygiene and sanitation, that was resulting in both people and livestock falling ill.

With the formation of the SHG, members were given the opportunity to discuss topics of health and hygiene, and attend training sessions relating to environmental protection, climate change and disaster mitigation. Through such conversations and training, questions were raised regarding the management of waste in the community. After deliberation and consultation, the SHG decided on a plan where each group member would keep a large bag in their home to collect plastic materials. Then, once a month at the SHG meeting, they would dispose of their rubbish in the common pit they dug.

Since the implementation of this waste management plan, the community is cleaner and healthier. Both animals and people are not falling sick due to poor disposal habits, and people are feeling joy and a sense of accomplishment. The change they have made is visible.

The people of Kanakasundari Rural Municipality are happy that they were able to come together to discuss social issues and make a positive change in the environment and their community.

This news was first published in INF Australia’s website.