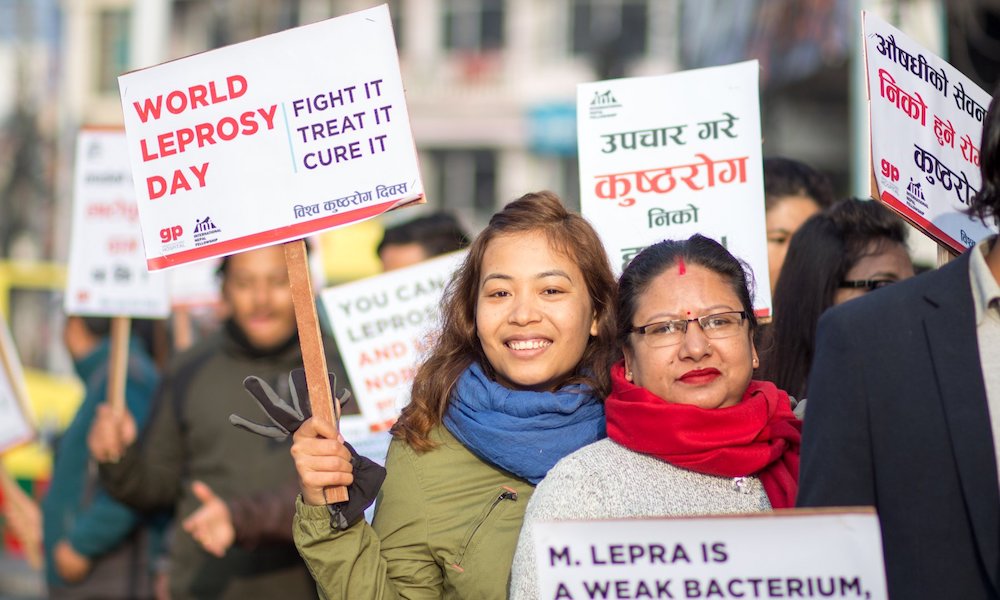 On Sunday, around 350 people took to the streets in Pokhara as part of an awareness-raising rally organised by INF for World Leprosy Day.

While Nepal has made great progress over the last 70 years to reduce leprosy, there are still more than 3000 new diagnoses made in the country each year. Moreover, overcoming stigma is still a significant challenge for people living with leprosy in Nepal.

Themed around ending discrimination, stigma and prejudice towards people with leprosy, rally participants carried placards with positive messages such as “Leprosy can be cured, do not fear it, treat it.” The crowd included staff from Green Pastures Hospital [GPH], nursing students from six local nursing colleges, government officials, local church members and members of other organisations working to end leprosy. 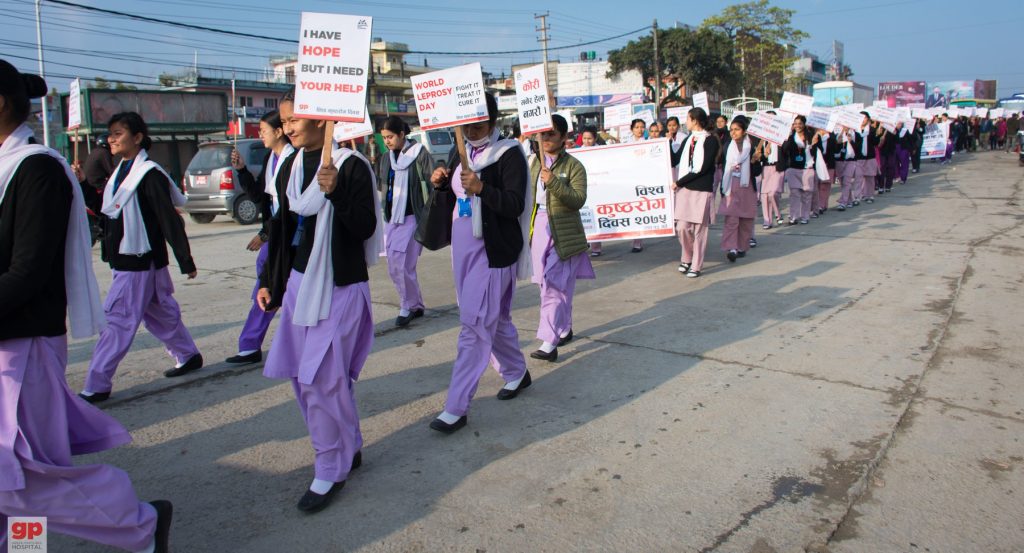 Ending stigma is critical in the fight to end leprosy. Not only does stigma lead to the exclusion of and discrimination towards people with leprosy, it can also prevent people from seeking treatment when they suspect something is wrong – leading to a greater likelihood of avoidable disability, and of transmitting the disease over time.

In contrast, early detection and treatment can prevent the development of disability and destroy the harmful bacteria that cause leprosy.

“Stigma and ignorance about leprosy are still major hurdles in stopping new patients seeking treatment,” says Yuek Ming Poon, INF’s Leprosy Nursing Advisor. “All of us need to help raise awareness of this preventable disease and to counter ignorance and discriminatory attitudes.”

The rally finished at GPH, where a program was held. Wheelchairs and warm clothes were distributed to leprosy patients; nursing students participated in a quiz on leprosy; and posters about leprosy by nursing college students were exhibited for a competition. Two people affected by leprosy shared their stories, including how their lives had been transformed by receiving care from GPH. A number of stalls also showed the services available at GPH for people with leprosy, including physiotherapy, social services, nursing care, prosthesis and orthosis, occupational therapy and outpatient care. 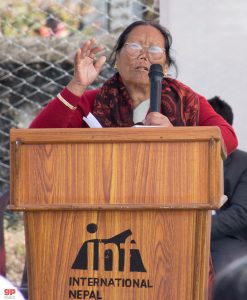 A former GPH patient shares about her experience of leprosy

Following the program, leprosy patients and GPH staff joined together to sing and dance.

“It was a very special day for them [the leprosy patients],” says Ming. “They felt honoured and respected.”

Ming is thankful to God for such a great turnout, and hopes that the event will go a long way in reducing fears about leprosy.

“I was so excited to see many people from government, nursing colleges, churches and local leprosy-affected people’s associations coming together, being united and acknowledging World Leprosy Day,” says Ming. “There’s still a lot of work to be done around discrimination, and on caring for and advocating on behalf of leprosy-affected people – but for me, being able to stand beside these people on this particular occasion was very special.”

Miss any of our World Leprosy Day resources? Catch up here: