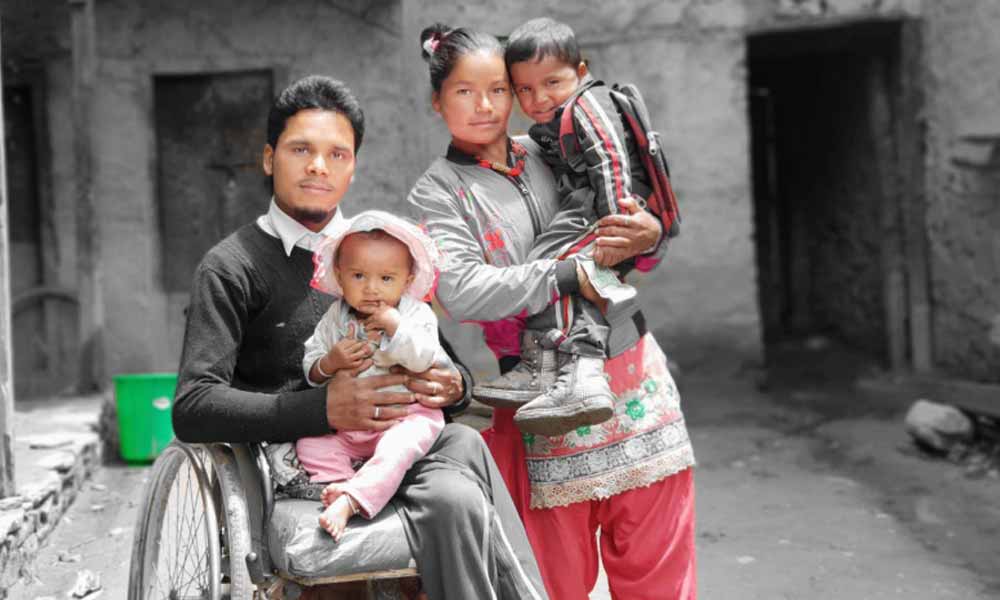 Surya Adhikari fell from an apple tree while playing near his home at age ten. He suffered a spinal cord injury that completely changed his life. Surya remembers losing many of his friends as people discriminated against him because of his disability. He tried to fight but often felt hopeless and wanted to end his life.

At age 24 Surya met INF staff working in Jumla. He began to see possibilities for his life that he had once thought impossible. He realised he could make changes in his life and make a difference in other people’s lives too.

“I took courage and took charge of my life,” says Surya. “Now I have a family with two kids. My weaknesses have become my strengths.”

Surya now works as a part-time Coordinator in an organisation for people living with disabilities and sees hope for his future.