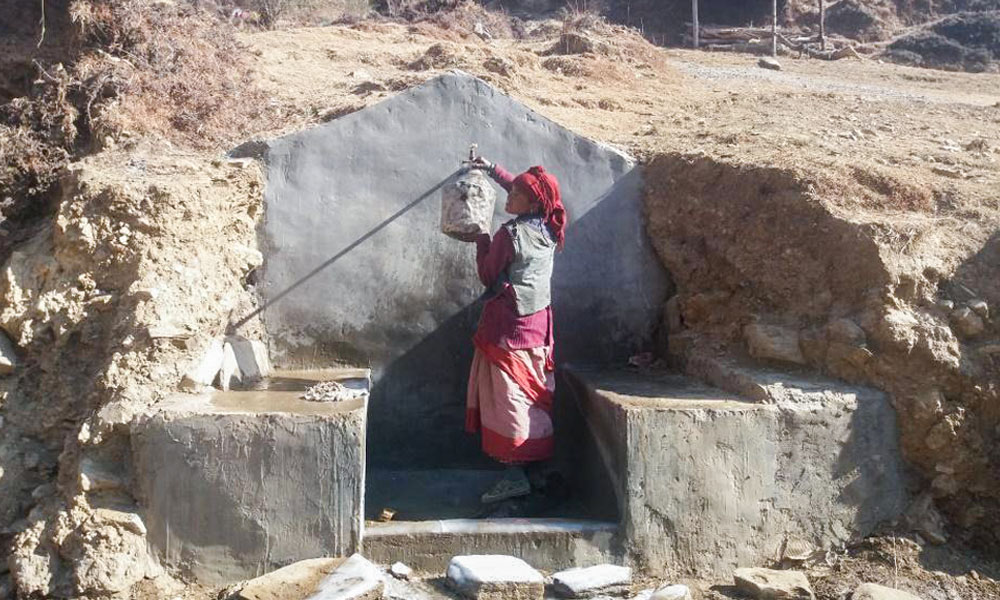 Today [March 8] is International Women’s Day around the world. INF is committed to working with poor and marginalised women across the country, largely through Self-Help Groups, to empower them to transform their and their families’ lives, and in turn their communities and country. INF work embodies the United Nation’s theme for International Women’s Day 2018, ‘Time is now: rural and urban activists transforming women’s lives’.

Meet three women who have transformed their own lives with the help of INF and who are now advocating for change within their communities.

Jadeni grew up in a poor agricultural family in Kalikot District. She never had the opportunity to go to school and at age 45 remains illiterate. After Jadeni got married she moved to Jumla District where the culture demanded she never spoke with another man in her village unless her face was covered. She and the other women in her community were forbidden from participating in village meetings. She had no voice.

Three years ago INF visited Jadeni’s village. INF formed Self-Help Groups to discuss issues in the community and ran training about how to create an action plan and solve communal problems in the village. Jadeni joined the group and soon became its facilitator. Despite being unable to read and write she was an effective and trusted advocate for the group. More recently she ran for, and was elected to, local government. Jadeni now plays an important role in the planning and implementation of her community’s development.

Rajkali has also been elected as a female representative in her local rural municipality in Jumla District. Four years ago INF visited her village and selected Rajkali as a Self-Help Group Facilitator. Before joining the group she was shy when speaking in public but INF gave her leadership training and the confidence to speak up.  Her natural ability saw villagers select her to run as a representative for the dalit [low caste] community in local government. She was elected and is now committed to developing her community by advocating for adequate resources for the area.

“There are no words to appreciate INF’s work and support. It has played the role of parents in my life. I never imagined that I would get such success in my life,” says Rajkali.

Sarkani lives in one of the two most remote villages in Jumla District. When INF established Self-Help Groups Sarkani joined one. The group meets monthly and discusses local issues including domestic violence, gender discrimination, sanitation and roads. However accessing clean drinking water was considered the village’s greatest need. Working with INF the group constructed a safe water tank that now provides clean drinking water to the entire village.

“We don’t have to drink contaminated water anymore. And this water is also sufficient for our daily cleanliness and sanitation purpose,” says Sarkani.

“We are surprised to see these changes that we women alone can also bring and make a big difference in our community.”

Find out more about our Community Health and Development work and our Maternal and Child Health wok.