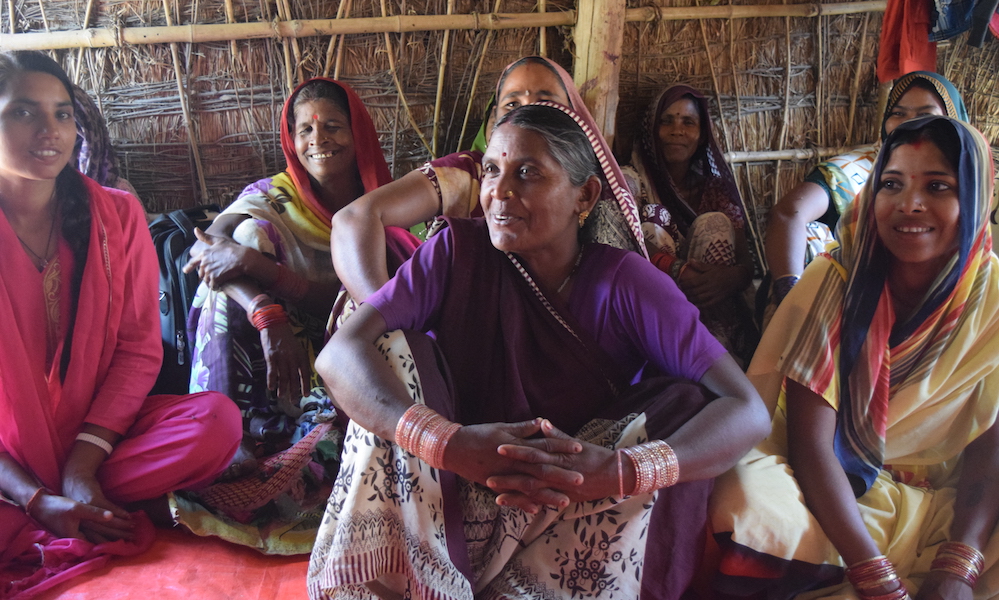 On his first trip to Nepal, INF Australia’s Australian Programs Manager Steve Barnett reflects on the exciting but challenging process of creating change for poor communities in Kapilvastu district.

It’s a hot, dusty one-hour drive from Kapilvastu district centre to the communities of Ward 4, where INF has recently begun to implement its Community Health & Development and POWER (Promotion of Women’s Empowerment and Rights) programs. I have the privilege of visiting the local self-help group (SHG), which is meeting to discuss the lack of balance in gender roles in their community.

This is clearly a materially very poor, isolated district. Dwellings are generally small and built of local materials. There is no electricity and very few vehicles apart from bicycles. The surrounding paddies are currently bare, awaiting the approaching monsoon. Rice yields around here have always been erratic, but locals say that the summers are getting noticeably hotter and monsoon rains less predictable. The few animals we see, mainly goats and chickens, are huddled in whatever shade they can find.

Inside the squat, mud-daubed and thatch-roofed hut, there are nineteen people. Fifteen are women. Most of the men are working in the fields or in town; some have migrated to India in the hope of finding work (with all its inherent risks). There is a range of ages and two people with disabilities – a reflection of INF’s commitment to work with the most poor and marginalised.

After singing the national anthem and offering introductions, Community Mobiliser Kishor opens today’s topic and flattens a large sheet of paper on the floor. He draws columns on the paper and the group discusses how many hours they work during different periods of the day, differentiating between men and women and using pebbles to represent hours. It doesn’t require too much brainpower to deduce which columns represent women and which ones represent men! In total, women were working almost double the hours of men. When asked how they fit sixteen hours of work into a day, the women laugh and say “We don’t sleep!” Why do they work so many more hours than men? “Because God made us women, and that’s our job.” 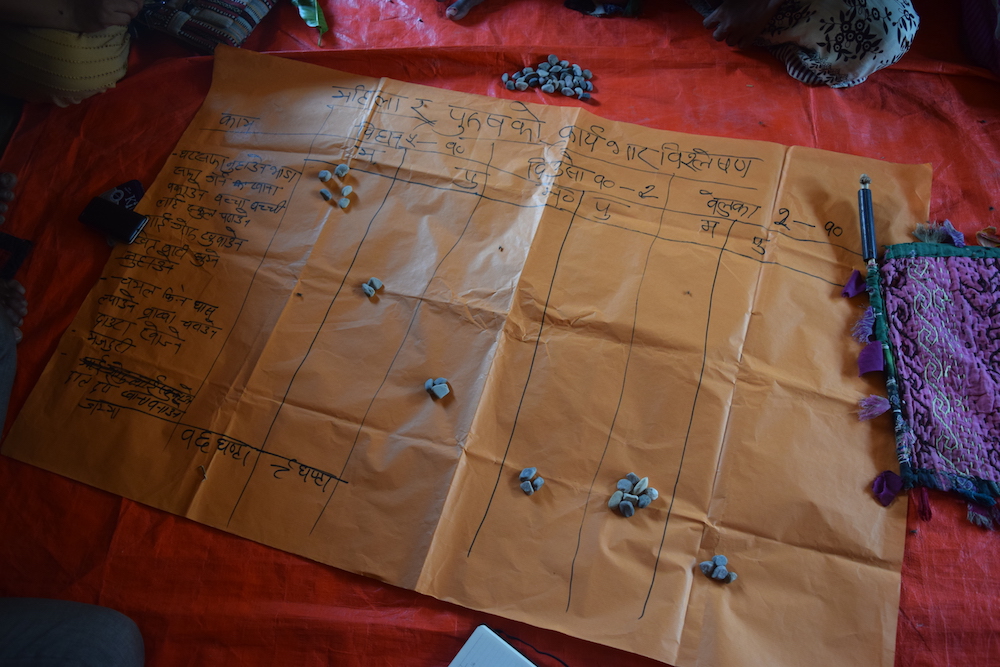 Analysis of men’s and women’s workload, with pebbles representing number of hours worked in each period of the day

Kishor folds up the sheet of paper and pulls out a bundle of sticks. He lays out the parallel trunk of a “problem tree” and the group begins to unpack the causes and effects of the heavy workload the women are expected to bear. In terms of effects, they’re always tired, often grumpy, physically exhausted and frequently sick. Relationships are strained and ill-health is costly. The group identifies lack of education and skills as the causes of this problem.

Now comes the difficult part: if everyone agrees that the unequal workload is unfair and counterproductive, how do they begin to bring about change? The women in the group begin to discuss how they could convince their husbands to help them with domestic work…

It’s still early days in a project that will run for another four years, and “life in all its fullness” seems a long way off. Given the deeply entrenched attitudes and practices the group seeks to address, change will undoubtedly be incremental. But if skill, passion and commitment are anything to judge by, I look forward to hearing of good things coming from Kapilvastu.