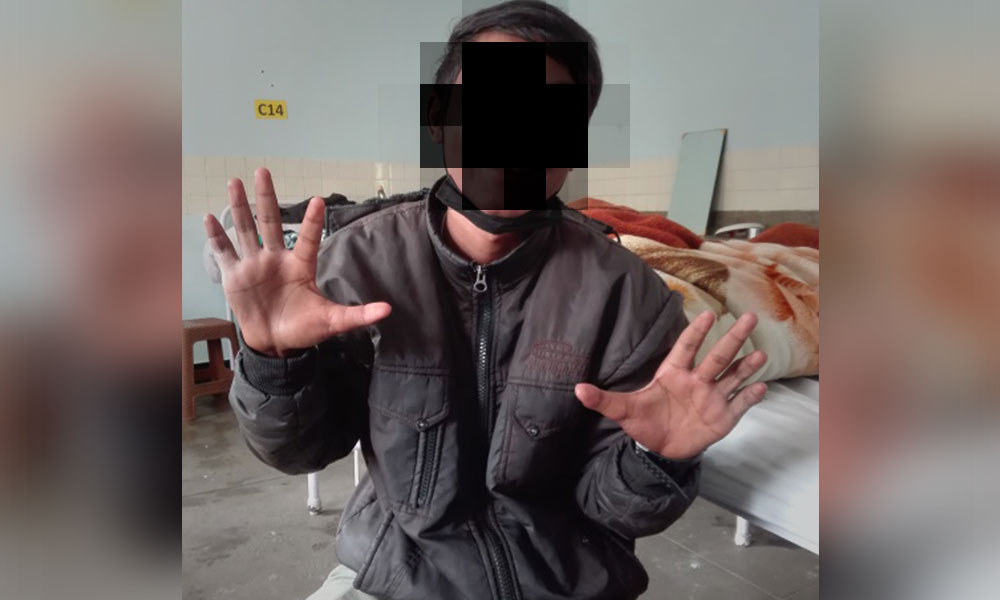 Surya Shrestha [name changed for anonymity] is 20 years old and is from Palpa district, western Nepal. He comes from a family of eight and is the oldest son. Growing up in a poor family, Surya had to leave school when he was in fifth class. From that point, he began working in hotels and as a driver, both in India and Nepal.

Over 18 months Surya went to several Indian hospitals in search of treatment for his unknown condition. Unfortunately, he spent a lot of money [nearly 300,000 rupees, or the US $2700], but none of the medicines provided helped. The financial loss was a huge burden on his family.

Finally, he returned to Nepal, where he was diagnosed with leprosy. Dissatisfied with the treatment he received at one hospital, a relative referred him to INF’s Green Pastures Hospital [GPH].

Seven months of regular treatment at GPH has radically improved Surya’s condition and given him hope for the future. After receiving multi-drug therapy and physiotherapy, he no longer suffers from burning or other painful sensations anywhere in his body, and can easily move the fingers on his hand, which had formed into a claw.

He has also been empowered with knowledge about leprosy, which growing up he knew nothing about.

Surya is happy that his health is improving and is hopeful that one day he will defeat all the effects of this disease. This has all been made possible through the quality, free service he received at GPH.