The landslide after the heavy rainfall in the second week of July killed at least 27 people; three are still missing. Similarly, the INF team distributed kitchen utensils to three of the landslide affected households in Parbat district.

INF has worked in the same locality in the field of agriculture, health, water and sanitation in the past. 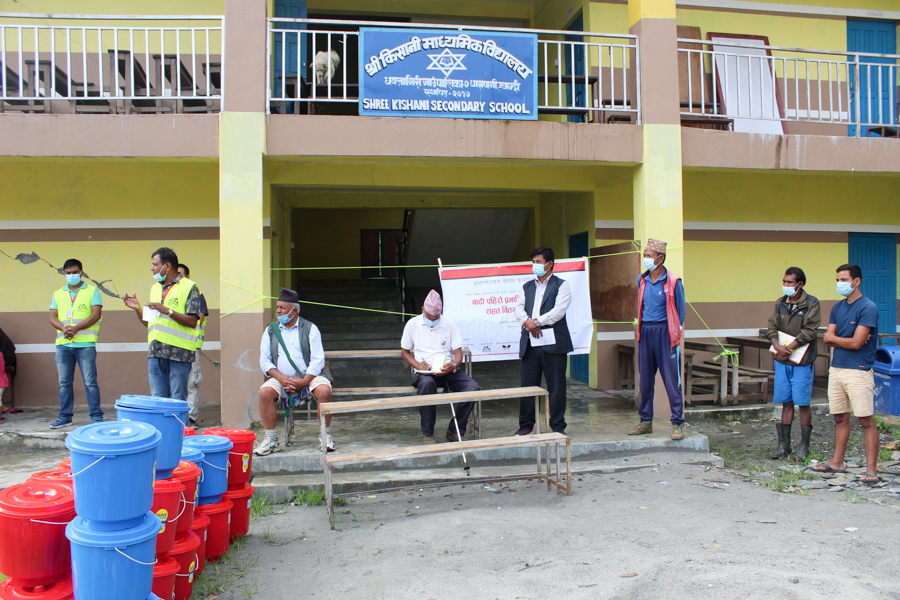 In Kalikot, as many as twenty lives were lost, eight injured and many were displaced due to the flash floods and landslides caused by the torrential rain in the last week of July.

A total of 74 households from Narharinath Rural Municipality were provided with food packages [30 kg of rice, 2 kg of lentils, 2 litres of cooking oil and two packets of salt]. In addition, thirteen of the most vulnerable families were provided with two bundles of galvanised steel panels and hygiene kits along with the food packages.

Chairperson of the Narharinath RM, Mr Dheer Bahadur Bista, thanked INF for distributing much-needed support materials to needy people even during this pandemic crisis. He stated that he expected to collaborate with INF in the future.

All of these activities were conducted in direct coordination with the respective local government offices and following the proper physical distancing and necessary hand hygiene practices.

Each year during the monsoon season, massive rains trigger flash flood and landslides across the steep and mountainous terrain in the hilly regions of Nepal endangering many lives and communities. 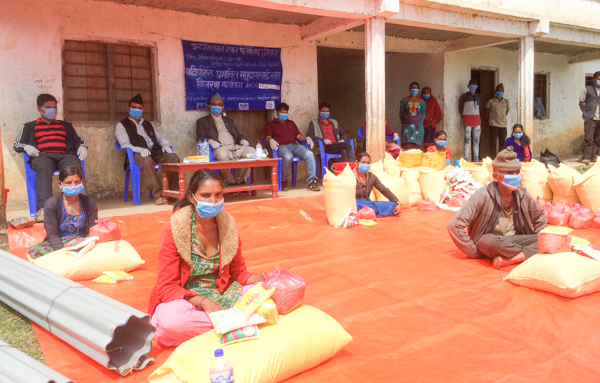