Raising their voices: the first year of POWER 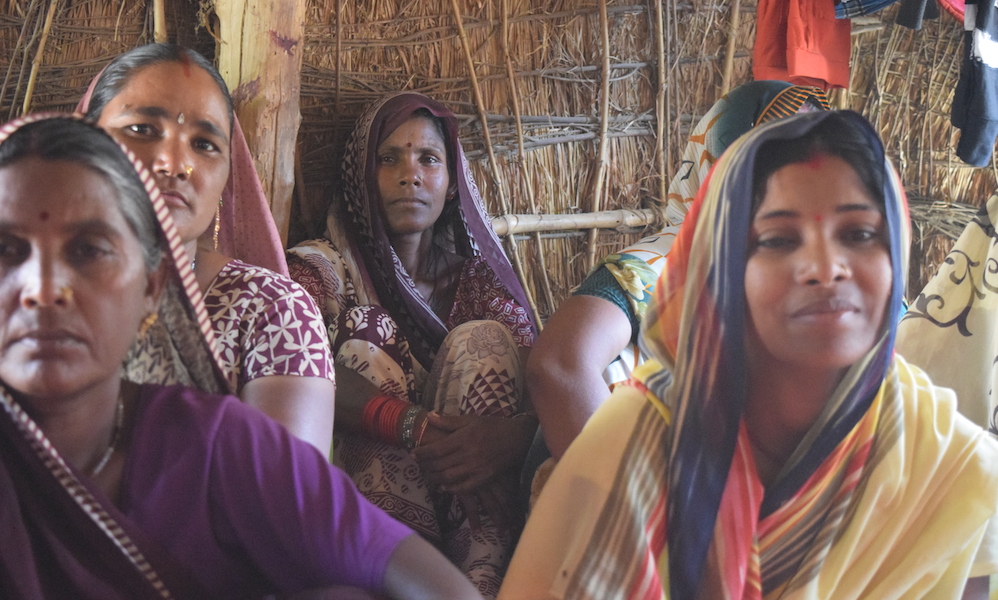 “Is not this the kind of fasting I have chosen: to loose the chains of injustice and untie the cords of the yoke, to set the oppressed free and break every yoke?”

Nepal generally remains a patriarchal society, where women and girls hold low social status and bear the heaviest impacts of poverty. INF Australia is proud to be supporting the POWER [Promotion of Women’s Empowerment and Rights targeting Rural Women] project, which aims to advance the position of women in western Nepal. POWER is operating across five districts in Nepal through INF Self-Help Groups, encouraging women to advocate for gender equality and for government resources that will benefit them; addressing entrenched issues such as domestic violence; and increasing women’s leadership in their communities. With the first year of the project completed, change is slowly taking place by and for some of Nepal’s most marginalised women. Content warning: this article discusses domestic and family violence.

Sahita,* born in India, was twenty years old when she married a Nepali man and moved to Kapilvastu district, Nepal, close to the Indian border. After three years of marriage, she began to endure regular abuse from her mother-in-law as she had not yet given birth to a child. Living with her husband’s family, with limited rights to government services as an Indian citizen and almost no status as a daughter-in-law, Sahita suffered over a decade of abuse, including physical abuse from her husband. With seemingly no options available to her, she experienced severe depression and attempted to take her own life.

In 2018, INF began to establish Self-Help Groups in Sahita’s village. While at first she was very reluctant to join, she started attending the meetings. Almost all the group members were women, and illiterate. As Sahita had studied up to Grade 4 in India, she took on the role of group secretary. She has now been a group member for about a year, meeting with other people in her village to discuss the problems that they face, including the problems uniquely faced by women. Through the Self-Help Group, Sahita has become a participant in INF’s POWER Project.

One meeting, the group conducted a ‘workload analysis,’ identifying how many hours men and women worked each day, respectively. With women working nearly double the number of hours of men, the group developed an action plan. They requested that INF organise vocational training for women, so that women could have more income-generating opportunities, and reduce the amount of unpaid work they did. Recognising Sahita’s hardship, the group unanimously chose her for the training. Sahita was overjoyed, until she discovered she needed a Nepali citizenship card to access the training.

Sahita’s in-laws were strongly opposed to the idea of her receiving citizenship, believing she would use it to claim ownership of their property [a common fear preventing women from receiving their citizenship]. They said she did not deserve citizenship, as she hadn’t borne any children. Sahita’s Self-Help Group advocated to her family, but sadly they were unsuccessful. “I cried and scolded God for giving me this meaningless life,” says Sahita.

Several weeks passed and Sahita thought her dream of joining the vocational training course had died. And then, her father-in-law had a change of mind, allowing Sahita to receive her citizenship. At thirty-seven years old, Sahita has now become a citizen of Nepal. This has given her full access to local government services for the first time, and she has begun a three-month course in tailoring. Gaining these skills opens up new opportunities for Sahita’s future, and will give her some financial independence.

With INF’s support, Sahita has also spoken up and reported the domestic and family violence she has suffered. Tragically, violence against women is commonplace in Nepal – with estimates that at least one in five women experience violence at some point in their lifetime – but it is widely under-reported. Through the POWER project, INF is encouraging survivors of violence to report to local authorities. Sahita was one of only four women who are part of the POWER project that reported cases of violence this year. While the challenge to increase this number is great, INF is hopeful that more and more women will come forward as they realize their rights, creating a groundswell of change. 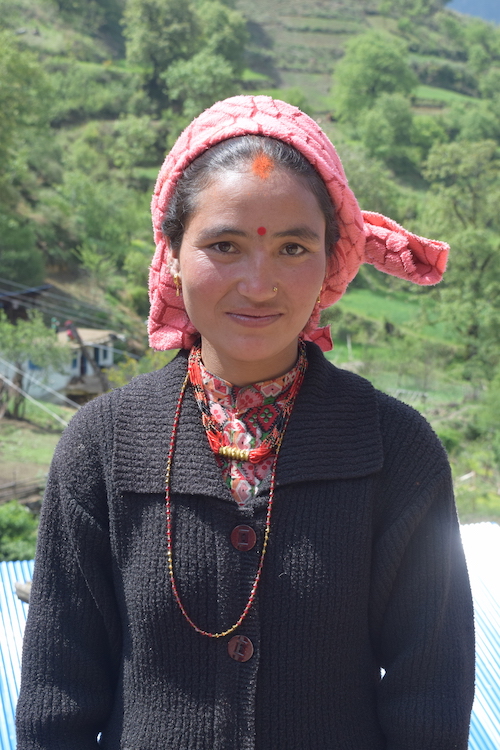 To address the issue of violence against women and promote women’s rights, INF has also developed a network of over three hundred female Human Rights Defenders. These women are members of INF Self-Help Groups, who were nominated to become champions for gender equality within their communities. They have received training on gender-based violence and how to respond, supporting survivors through the process.

Prem Khol Thapa [26 years old] from mountainous Jumla district, was selected to be her group’s Human Rights Defender. She is responsible for coordinating with local government, identifying cases of violence against women and encouraging them to report it, and leading actions in her community for gender justice. She was selected because she’s an active and influential young woman, who people listen to and trust.

These inspiring women, alongside others in their communities, have already begun campaigning for women’s rights. This year, POWER project participants organised celebrations of International Women’s Day in over a dozen communities across western Nepal. For many, this was the first time their communities had commemorated this event, taking the time to affirm the dignity and value of women. In Kapilvastu, where Sahita lives, Self-Help Groups have conducted street dramas discouraging the practice of dowry, which disadvantages women and girls. In remote Bajura district, women have successfully campaigned for leadership development training from the local government, boosting their skills. These are just some of the impressive achievements women in rural communities have made through advocacy this year.

In the coming year, POWER project participants will advocate for more government services and resources that benefit women, as well as increased representation of women in local decision-making bodies. INF will also train newly elected local governments – including women who were elected but who generally have lower literacy skills – on how their budgeting can advance gender equality. 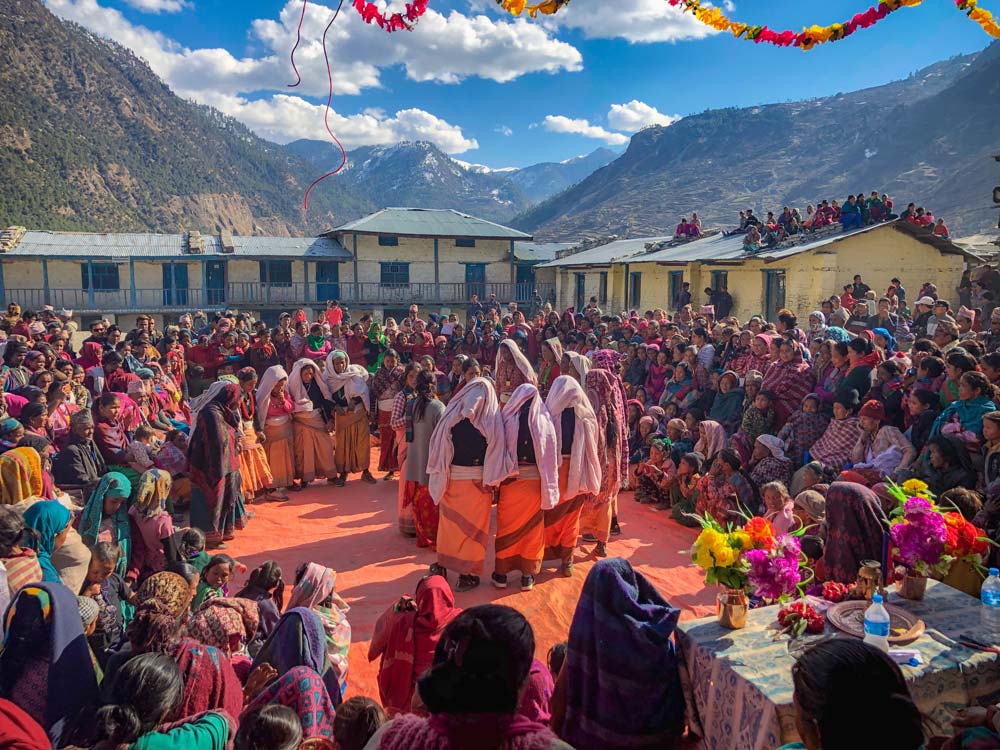 Despite the incredibly difficult situations in which many rural women in Nepal live – with  the burden of poverty, oppressive domestic labour expectations, intense familial pressure and high rates of violence – these women are not powerless victims. Women like Sahita are survivors. Women like Prem Khol have a powerful voice. They are stepping forward, speaking up and leading the charge for gender equality in Nepal.

The POWER project is supported by the Australian Government through the Australian NGO Cooperation Program. It is a collaborative project between four Christian organisations in Australia and their partners in Nepal.