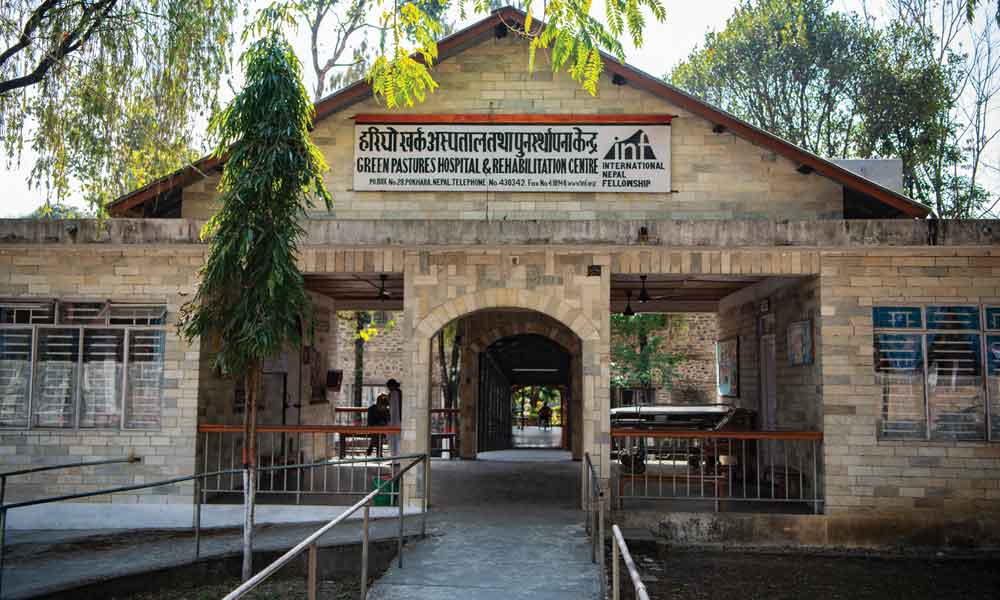 Eight years ago Bimala discovered patches of discolouration on her right elbow. Soon after she began developed lesions on her face. She suspected she might have leprosy but after visiting several doctors she was told she didn’t have the disease but was given no alternate diagnosis.

As the symptoms persisted she travelled to India in search of further medical treatment but instead was not only given no diagnosis but was also forced to pay large medical bills.

Last year she noticed a small red patch on her five-year-old son, Shayan’s, face. Her concern grew and she contacted her husband working overseas. He tried to reassure Bimala and promised to continue financially support her but it wasn’t until she was referred to INF’s Green Pastures Hospital in Pokhara that she was finally diagnosed with leprosy.

Bimala is now 30 years old and has finally, along with her son, begun proper treatment in the hospital for leprosy. They have both begun Multi-Drug Therapy and she is thankful to the INF team for their support, care and treatment.

Sadly, the stigma associated with leprosy in Nepal has stopped Bimala from sharing with some members of her family about her leprosy.